By Kimberly Graf. Published on November 7, 2019

Minnesota is stereotypically the home of Viking settlers, but there is so much more to this state than that! Often called Land of 10,000 Lakes, Minnesota is also home to the Twin Cities. Between Minnesota and Saint Paul, there are so many attractions and landmarks. But the rest of Minnesota has much more to offer! These two road trips will show you the other side of Minnesota.

Obviously, It's better to take this trip in the wintertime. The beginning of December is the perfect time to get a thermos of hot cocoa and spend a few hours driving through some truly extravagant displays. There are several towns in Minnesota that go all out for the season. So bundle up and let's get going!

We'll start in Red Ulm, Minnesota. It's a moderately-sized town with a historic district. This place is always decked out with lights, garland, and displays. Since 1925, the town of Red Ulm has a tradition of decorating the entire downtown area with 60 or more real Christmas trees, decked out with the best holiday lights! Even the storefronts here are decorated for the season! 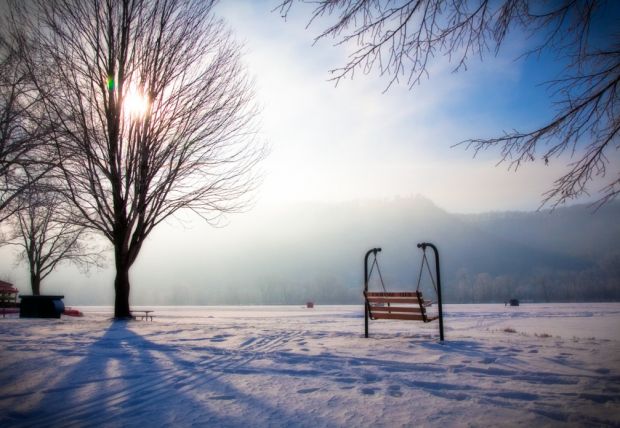 Winona is two hours and 45 minutes away, but the drive is sure to be gorgeous. This time of year, the ground is covered with a thick blanket of snow, glittering in the evergreens. You won't get tired of seeing these sights. In Winona, it's the residential places that are dressed in their best! Take a tour through any residential area to see houses with elaborate seasonal displays. It's the best way to look at Christmas lights.

Another hour away is Red Wing, known for the Red Wing Holiday Stroll. There are carolers all along the downtown section of this town, which is outfitted to the highest degree. If you get there early enough before the parade, you can grab a free horse-drawn carriage ride along the parade route. Did we mention the parade? Each float is covered in lights and costumed characters – it's fun for all ages. And afterward, there are fireworks to watch. It's a holiday bash that you won't want to miss! 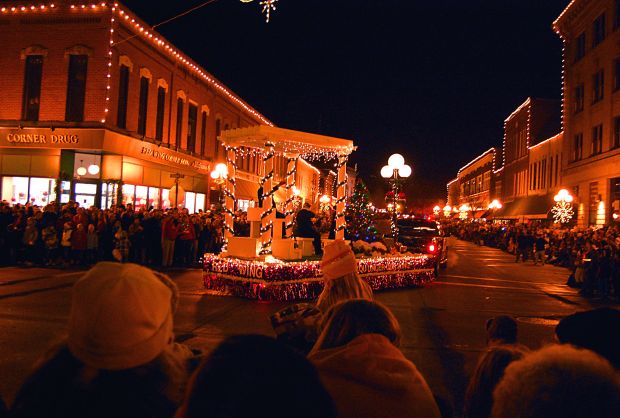 When you're done with the hustle and bustle of Red Wing, there's more to see in Stillwater. An hour down the road is an entire holiday festival that depends entirely on when you go. There are ice castles, skating, a parade, and plenty of skiing opportunities if that's something you'd like to do. Check out the calendar around the time you want to go!

This sparkling trip will take you almost five hours to complete, or about 275 miles. You'll be blown away by the Christmas spirit in these towns!

Minnesota has beautiful forest, lakes and streams, and with all of that come waterfalls! This is a short drive, but it's going to take you a while longer to hike out to all the waterfalls and overlook points along the way.

Our first stop is Gooseberry Falls State Park. The Gooseberry River creates many beautiful waterfalls along its route. There are the Lower, Upper, and Middle falls to explore. The viewing areas can be accessed via a trail called the Waterfall Walks. There are footbridges and suspended bridges with excellent views of giant, frother waterfalls. It's a short walk with plenty to see and experience. 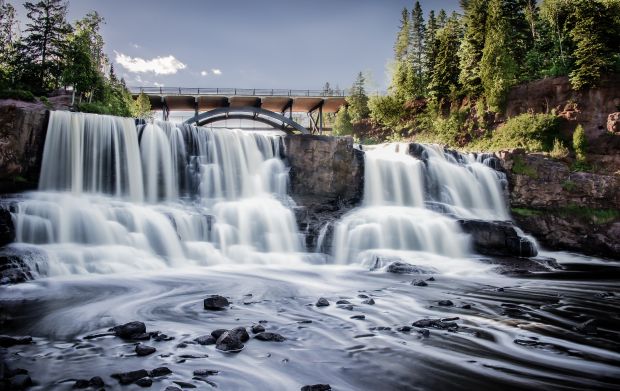 Just twenty minutes north is Tettegouche State Park. It has the High Falls of the Baptism River, the tallest waterfalls in the state. It looks so much like an exotic location, it's a must-see! You can get to these waterfalls via a one-mile hike, but if you take the longer three-mile version it will get you to Two Step falls as well, which are equally as gorgeous.

When you get back in your car, head north for another 25 minutes to the Temperance River falls. The Temperance River Gorge is only a quarter of a mile long. There's a campground here if all the hiking has you tired, but otherwise you can walk along the sides of the gorge, witnessing the river and the waterfalls present throughout as the gorge gets deeper in some places. There is other recreation here, as well as cliff jumping for the strong of heart! 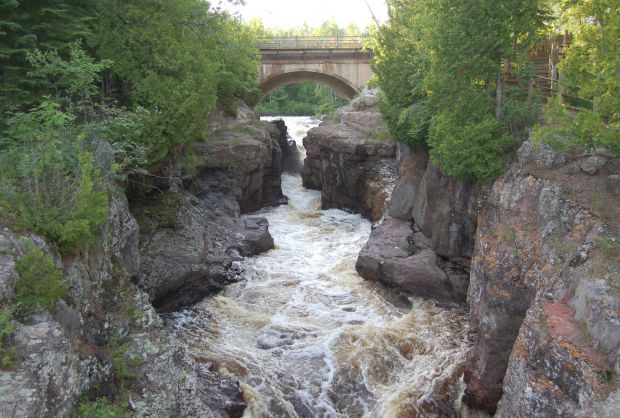 The Cascade River is just 18 minutes to the north. There is also a campground at this stop, and just a short way up a trail are bridges where you can look down on the river and the stepping falls there. They aren't as large as earlier falls on the trip, but it's an easy, relaxing climb to see them.

The last waterfall that you absolutely have to see is at Judge Magney State Park. It's called the Devil's Kettle. It's a hike to get to it, but it'll be worth it for sure. There are the Upper and Lower Brule Falls here as well if you want to take the time, which we think you should! But the real draw and a wonderful end to this trip is the large cauldron of Devil's Kettle. This unique sinkhole creates 50-foot falls all along its sides. It's a mystery as well! You're going to love ending your waterfalling journey here.

This trip will only take you 1 hour and 40 minutes of driving time, or 84 miles in total, but you could easily spend most of the day hiking and exploring the places this part of Minnesota has to offer.

Minnesota is one of those states that are often overlooked, and people don't really talk about it much. But there is more to the Land of 10,000 Lakes that meets the eye, and you should definitely get out and take it in!

It looks beautiful. Too bad I didn’t get to see it with you. 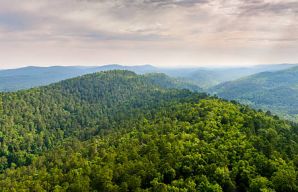 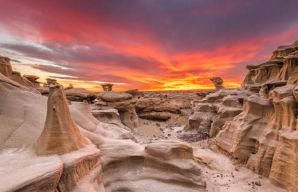 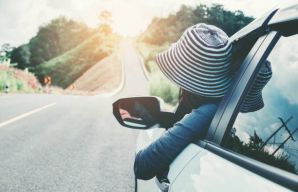 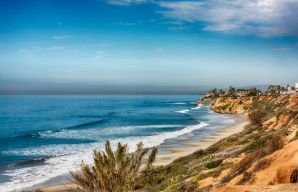 Beaches to Visit in California This Summer 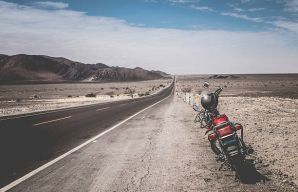 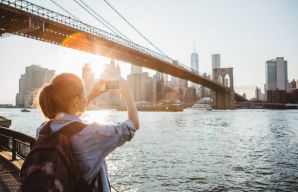