North Dakota is one of those states that too often get overlooked as fly-over area. Actually, there is plenty to see in North Dakota. It has some seriously amazing scenery and highways that are perfect for road trips. You'll wish the highway never ended with some of these roads! Let's take a look at the two most popular scenic byways in the state!

The Four Bears Scenic Byway is traditionally only 60-odd miles long, but we've extended it here quite a bit in order to give you a better experience taking in the landscape in this part of the country. You can expect lots of gentle curves along the road, as well as a lot of greenery! You can see the tops of entire forests from here, a Civil War Battlefield, and tons of grass-covered buttes. 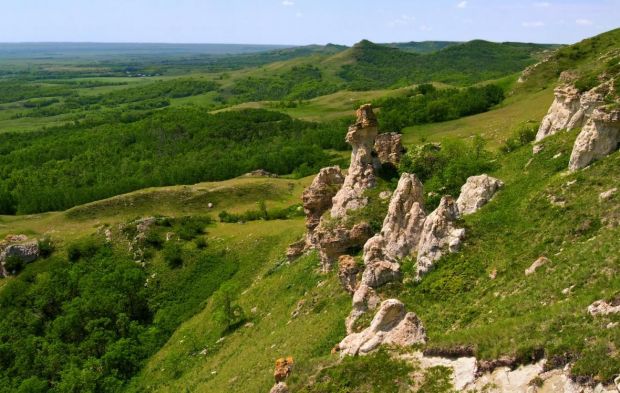 We're going to start in New Town, which is right on an offshoot of Lake Sakakawea. Here, you can spend some time at the Four Bears Casino Resort if that strikes your fancy. If it doesn't, check out the Earth Lodge Village, a reconstruction of an ancient village from the area. There's also Four Bears Bridge, the longest bridge in North Dakota that was designed to honor the native tribes from this area. It's a feast of things to do!

It's only 6 minutes down the road to Crow Flies High Butte. From the top, you can see the lake and the bluffs around it. It's a picture-worthy experience. It also just happens to be the peak upon which Clark of Lewis and Clark watched for his partner Lewis when they separated to survey the land. Take that in, and then head to Mandaree!

It's a small stop about 40 miles south. Enjoy the views on your way! To the left will be the Missouri River! In Mandaree, there isn't much to do, but plenty of recreation opportunities! Some of the campgrounds in this small community have earth lodges you can stay in! Our next stop is the Little Missouri State Park. 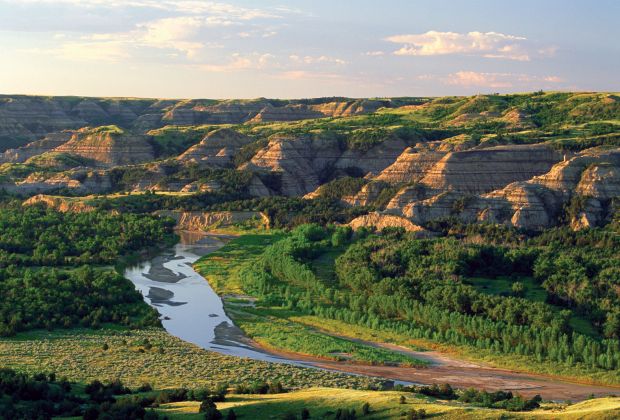 Go another 30 minutes south to reach the park, where you can go horseback riding and hiking through miles and miles of trails that wind through the Badlands. Check out the combination of wind, water, and sand that makes this area unique!

Killdeer is a booming town that's the center of the oil operations here! Check out the town and the cowboys that it's famous for, and then take a 10 mile drive out to the Killdeer Mountain Battlefield Historic Site. In 1964, 2,200 troops fought 6,000 members of the Sioux tribe here. And now there's a plaque!

About a quarter of an hour to the south is Manning, which is known for the Hutmacher Farm. It's a restoration piece that isn't quite finished, but it's got stone walls and earthen roofs, and you can help as well! Take some time here, and then head on to Dickinson. Remember to take in the views from the highway; it's Badlands and bluffs here, and every turn presents a new stunning view. 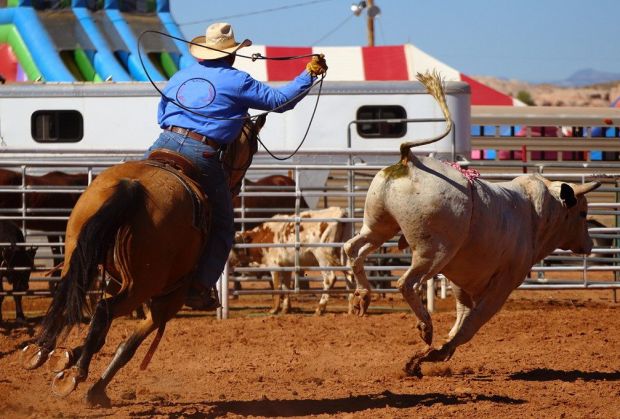 Dickinson is the end of this trip. It's the start of our next! But while you're here, at least check out the Dickinson Museum Center, with an array of different dinosaur fossils and life-sized dinosaur displays. It's cool and fun for the whole family!

This whole trip covers about 105 miles and will take you 2 hours and 20 minutes without stops. It's perfect for a day trip to the next scenic byway!

We've told you about the Dickinson Dinosaur Museum, right? That's where we're going to start. In the same city, at least! The Old Red Old Ten byway goes east from here and covers plenty of small-town attractions to keep you interested! It's a relatively straight road with plenty of open countrysides to see on the way. 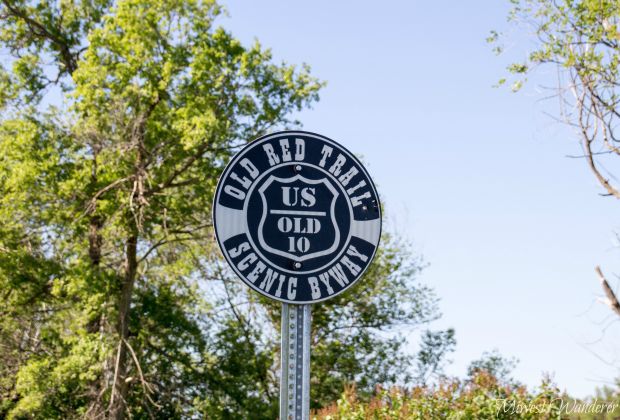 One of the coolest things about the Old Red Old Ten route is that it's got Talking Trails all along the way. You only need to follow the signs and it will teach you all about the historic points of the city you're in. Gladstone is 15 minutes east of Dickinson. It's a tiny town from 1882 with one of these Talking Trails. Check it out!

12 minutes on is Taylor, which is mostly known for the Horsefest celebration. It's a festival commemorating the time when horses were work animals, sources of income, and transportation as well. This Pioneer-themed event is very popular! When you're done in Taylor, head on to Richardton! 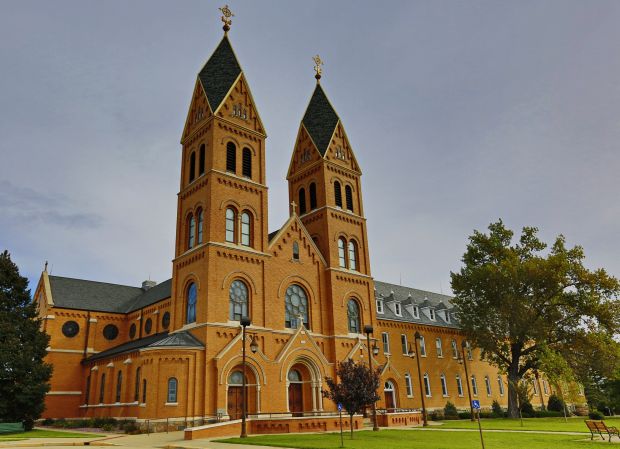 It's only a few minutes down the road to Richardton. Assumption Alley is one of the biggest attractions to see here. It's a Benedictine monastery with 23 stained glass windows and Romanesque architecture. There are 24 painted medallions featuring saints and apostles, and it is huge and glorious on the inside. It's worth a few pictures for sure!

Hebron is 20 minutes away. Fort Sauerkraut is located here – a now-reconstructed building that was originally meant to keep Native American attacks at bay. You can take tours of this place year-round. It's a great educational experience as well as a show of how they used to build things. 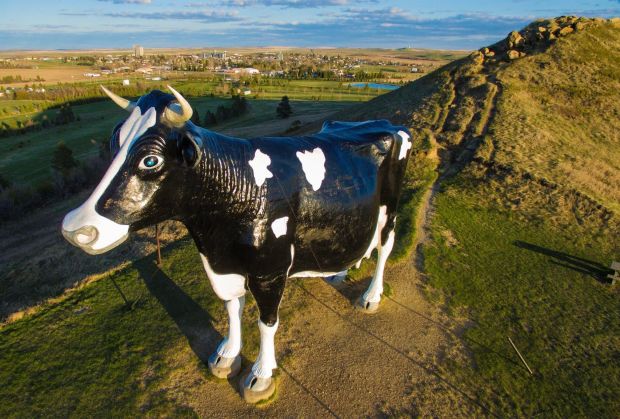 New Salem is about 33 minutes away, but you'll know sooner than that. Five miles away from the town, you can see the famous fiberglass cow named Salem Sue. She's 38 feet high and 50 feet long. Talk about visible! It's a tribute to the dairy farms in the area, and it's more awesome than you'd think.

Our last stop is also the biggest. Mandan has a lot of really cool stuff to see and events to attend, including the Fort Abraham Lincoln State Park, upon which sits Custer House and a restored Native American village. There is a Veteran's Cemetery and a Railroad Museum that you can visit here as well! Take your time to look through all it has to offer!

Without pausing, this road trip will run you about 2 hours, or 100 miles. It's a great trip to get a weekend started, or to start a lazy weekend! 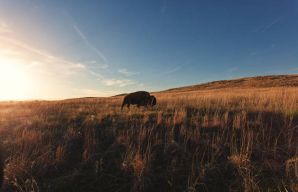 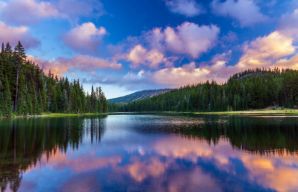 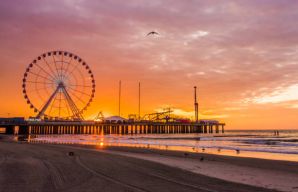 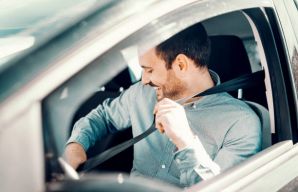 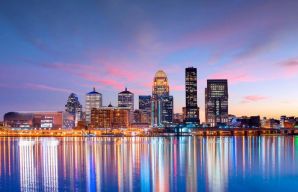 Annual Ranking of the Top US Places to Visit 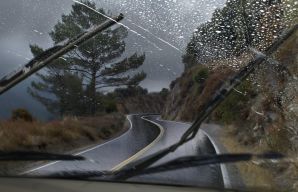 How to drive safely in wet weather